All Collections
Rush Shipments
Assign carriers based on rules

Assign carriers based on rules

Learn how to assign automatically carries based on your fulfillment services.

Written by Slav
Updated over a week ago

If you do not know what RegExp is and how to be set up, reach us via Facebook to help you out. Note that wrongly set may set result shipments to be automatically tracked to a wrong carrier.

In a world where a single tracking number like 303367017250, can be issued from at least 10 different carriers (4px, Australia Post, GHL Germany, Greece Post, Japan Post, Correos Spain, FedEx, GLS USA, Toll, DPREX, Yamato) it really makes it hard to map it to the right carrier.

As different merchants use different suppliers, and suppliers have preferred shipping partners, even if software maps it for one merchant correctly, for the other it will be incorrect.

For cases where you work with specific carriers, you can set them as default ones for specific tracking numbers. Simple go to Shipments → Shipment Settings and add the rule.

Let's take an example. Check the board below. You are working with 4PX, but all your tracking numbers like 303367017250 are set as FedEx. Instead of manually change them all the time, you can set a tracking number pattern to be associated with the carrier. 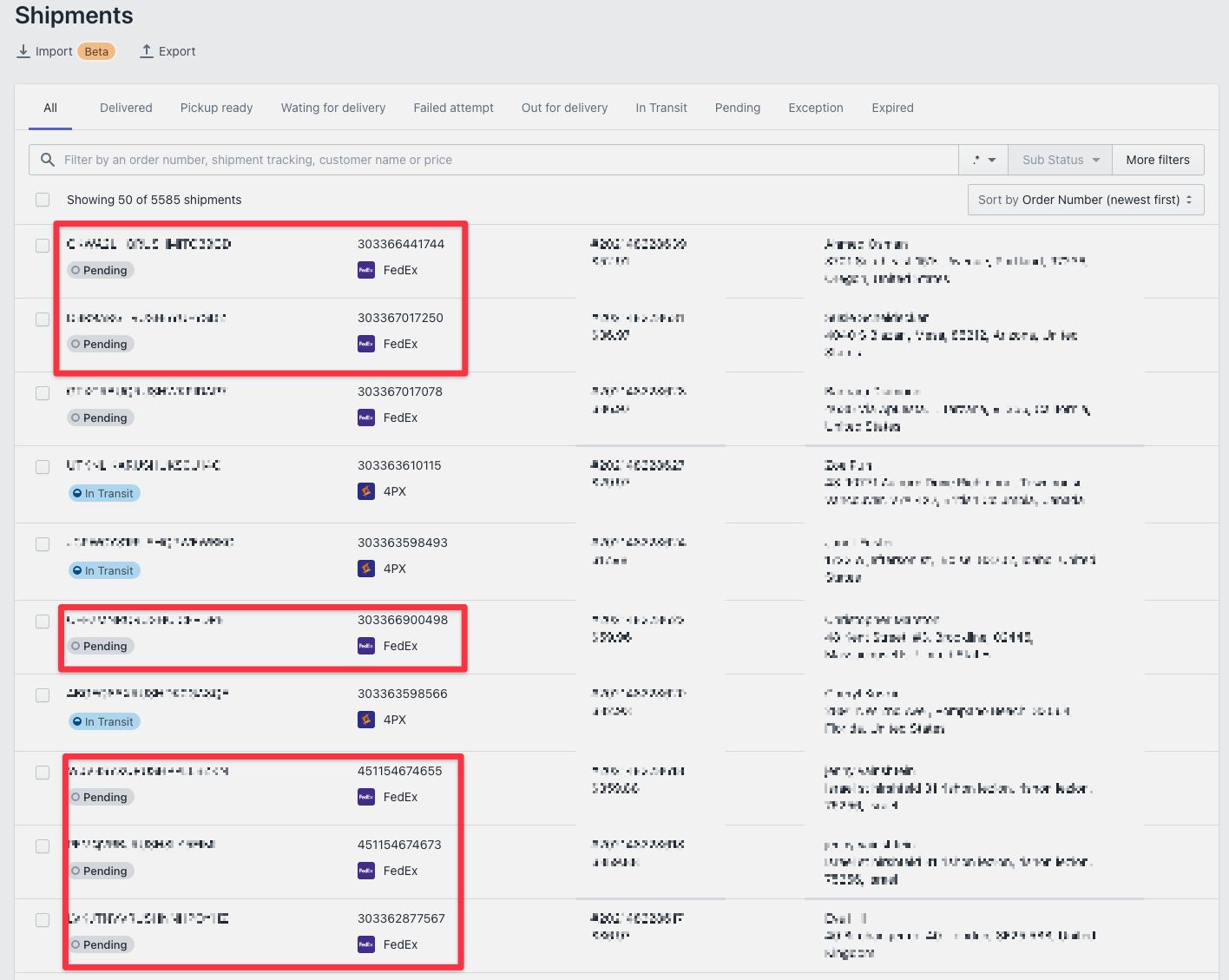 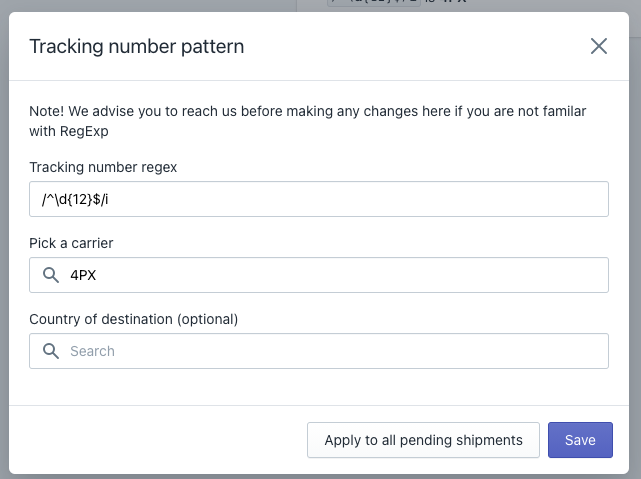 What this says is all 12-digits tracking numbers (and only those) should be assigned to the 4PX carrier. You can always change it after that, but this means all tracking numbers will be by default set as 4PX when they are 12-digit numbers.

For example, Australia Post uses 12 digits as well in rare cases. So you might want to say: 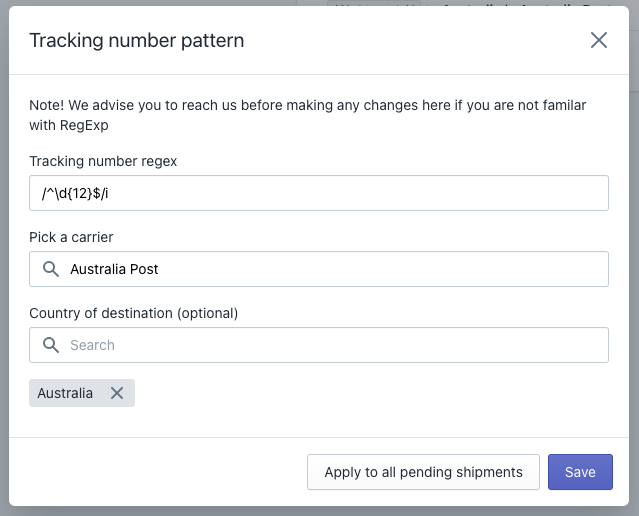 Then arrange it over 4PX, so this will mean that all orders going to Australia with 12 digits tracking numbers, will be processed by Australia Post carrier.

If the order is not going to Australia then assign it to 4PX as a carrier.

If need any help, please contact our support to help with the configuration. Prepare cases for them to review and help with.

1) What is a Regex (Regular Expression)?

Answer: A regular expression (shortened as regex or regexp; also referred to as rational expression) is a sequence of characters that specifies a search pattern. Usually, such patterns are used by string-searching algorithms for "find" or "find and replace" operations on strings, or for input validation.

Here are some of the most common Regex (also shown in the screenshots above):

· "/" – every pattern always starts and ends with this character

· "^" – marks what it should start with. Start of string or start of line depending on multiline mode

· "$" – marks what it should end with. End of string or end of line depending on multiline mode

More information on Regex (Regular Expressions) can be found in the article "Rush and Regular expression (RegEx)" or at the following link.

Did this answer your question?